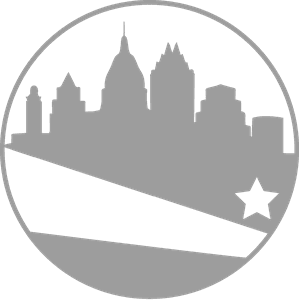 Most church leaders have defined success by the size of the congregation. We tend to gauge the effectiveness of the various ministries in our churches by looking at numbers. We even size each other up by determining who is successful and who is not based on the number of people we lead. If we were to use the same criteria, one that centers on numbers, in judging the earthly ministry of Jesus, we would deem it as unsuccessful. The crowd deserted Him, His disciples fled from Him, and Peter denied Him. But Jesus was not a failure; He was a success. In just three and a half short years of ministry, He founded a movement that quickly spread around the world. Although Jesus drew large crowds, His ministry was not centered on the multitude of people who followed Him. He spoke to crowds, ministered to crowds, fed the crowds, and had compassion on crowds; however, His focus of ministry was not on crowds. On the contrary, Jesus spent the majority of His time ministering to individuals. The crowd was a by-product of the miraculous that took place in the lives of individuals Jesus touched.

Our definition of success has resulted in a faulty model for doing church. We should be viewing the church from a river-model perspective, but we tend to view it from a lake-model perspective. A lake-model ministry focuses on how many people we can get in the lake. For example, if a prayer meeting is largely attended, it is deemed to be a success; if not, it is a failure. The point is, success is determined by the number of attendees, not by what happened to those who participated or attended. In contrast to a lake-model, a river-model focuses on helping people move from point A to point B. It is focused on helping people change. When you go swimming in a lake, you always get out where you got in. When you go swimming in a river, you always get out somewhere down the river. In a river-model—unlike the lake-model in which the success of a prayer meeting is centered on how many attend— the success of a prayer meeting centers on what happens to those who attend the prayer meeting. The river-model seeks to answer the questions: Was fervent prayer offered up, or did the participants simply go through the motions? Were lives altered for the better, or did people remain stagnant?

A lake-model for doing church focuses on events and programs that encourage people to get in the lake and stay in it. Unfortunately, this often takes people out of their homes and activities and isolates them in a religious ghetto, where they are kept safe until their delivery to heaven. In contrast, a river-model focuses on processes that help people change. In a river-model, church leadership is focused on equipping others for the work of ministry. Two different models: one focuses on the crowd while the other on the people in the crowd.

A Proper Definition of Success

Jesus’ success was not defined by the size of crowd He was able to draw. Neither should we define success based on the size of a crowd. Why are we so quick to judge whether or not a person is successful based on his ability to lead a large congregation? In Matthew 25, Jesus shared a parable in which a master gave one servant five talents, another two talents, and a third one talent. The one who received five talents went and traded with them and made five more talents. The one who had received two talents acquired two more. But the one who received one talent did nothing. When the master returned, he examined the efforts of his servants. To the servant who started with five talents and had acquired five additional talents, he said, “Well done, good and faithful servant; you were faithful over a few things, I will make you ruler over many things.”17 To the servant who had received two talents and had acquired two additional talents, the master said the same thing. Both men were successful because of their faithfulness, not because of the number of talents they had. If the servant who had received one talent had been faithful with what he had been entrusted, he too would have been a success. However, because of his lack of faithfulness, he was a failure. Success had nothing to do with the number of talents; it had everything to do with faithfulness. The servant who was given two talents ended up with four— one talent less than the five-talent servant was given. In view of our definition of success based on numbers, the servant with the five talents would be the most successful servant even if he had failed to acquire additional talents. While it seems obvious this perspective does not make sense, we often deem a leader’s success based on how many people he leads. We need to redefine success.

A successful ministry has little to do with numbers and everything to do with faithfulness. Not everyone will lead a large congregation or minister to large crowds. According to research, only six percent of churches have more than five hundred worshipers, and less than one-half of one percent of churches qualify as mega-churches (regular attendance of over two thousand). We have allowed the ministry experience of 6 percent of pastors to become the standard by which everything is judged. There is nothing wrong with using numbers, we must not allow them to become the standard by which we determine success. A bigger church is not always a better church.

A better church is based on the spiritual maturity of its leadership and members and what they are doing with their call, not on the size of the congregation. Numerical growth is not God’s measuring stick for success; it never has been, nor will it ever be. According to I Corinthians 3:6, one plants, another waters, but God gives the increase. God adds to the church, not us. Acts 2:47 says, “And the Lord added daily to the church such as should be saved.” We don’t save people; God does. We are not called to grow a church; we are called to help grow people. Jesus said He would build the church. We are called to make disciples. There is a difference.

Our Community Group meetings this week will focus on prayer for our Church and the work of God as we begin a new year. In the spirit of the message we received on Sunday ("All In") and the necessity of identifying and strengthening the "core" of the Church (much as a human body must have a strong CORE in order to be strong overall), it is suggested that after prayer and praise concludes, each member who feels led to do so spend a minute or two sharing with the group his/her plans for going "all in" during 2020. Many of us make "New Year's resolutions" each January, and some of us actually follow through on those resolutions. So, let us share our resolutions for giving our ALL for the work of God in 2020. LET'S DO THIS!!

When do we really get together and connect close to our community?

We could build tighter relationships through localized prayer and Bible study.

We could invite our local friends and family who do not understand the joy and peace we have found in Christ.

Our communities deserve to experience what we feel every service at AFC!

How it all works:

Every Tuesday evening from 7 pm to 8 pm

Homes will alternate each week unless otherwise noted above.

Want to use your home for a Community Group? Let us know.